This song was born on a misty Killarney hillside in winter. It echoes the aisling form of poetry, for personal allegory rather than the political ones from times of old. A melancholic musing, a foggy awakening from a strange dream. Under an Impression features the French horn playing of Louise Sullivan and the high sonorous tones of my niece, Ava O'Malley, on backing vocals.

Fire and Foam is the title track of an album to come, forgoing, or maybe better put, branching out from Irish roots to carve a new sound of synthetic and organic forces moulded into one. The song (and album) deals with destruction and realignment to a new world. "Come rolling thunder, let's fall asunder, in the blink of an eye a long dream dies." This first fire and vanguard of the new record to come, features the trumpet playing of Roy Kelleher of the No1 Brigade Irish Army Band, and my niece Ava O'Malley on backing vocals.

The ¨Macalla Chill Áirne¨ soundtrack melds modern and older sensibilities. The first track, ¨Fáinne Geal an Lae," was written in the 1830's, the decade our period film is set in. The song's lyrics begin on the same lake in the opening scene of the film, "one morning early I went out on the banks of Lough Leane.¨ Séamus Barra Ó Súilleabháin, rap and slam poet, contributes vocals on ¨Fáinne Geal," giving a new energy and flow into this old classic Gaelic song. The synths and harmonium that accompany him, add an otherworldly vibe that fits easily with this ¨aisling¨ or vision poem of old. Séamus is our main actor on film, playing the part of Partlán.

The physical phenomenon of the Killarney Echo is the sound that resounds off the mountains and lakes of Killarney when you fling music or noise at them. Whatever auditory projections are thrown-bounce off the lakes and jump back tenfold into the ears of those who seek "the echo." It was an obligatory part of the tour of the Killarney district throughout the 19th and early 20th centuries. Back then, they brought trumpets and bugles with them on their boat tour, to coax the echoes from their hiding places amongst the ancient mountains. ¨Ochón a Leanbh¨ is an old Irish lament that I arranged here for French horn and trumpet. The arrangement attempts to evoke something of the wonder of that interaction of brass and mountain, in days of yore. The film itself is a recreation of that tour of old.

Macalla Chill Áirne, is set in 1837 in the west of Ireland - the shadow of hindsight hangs heavy over the film's proceedings. The film takes place just a few short years before "the Great Famine," which will change the country utterly - ushering out Gaelic Ireland and ushering in a new English speaking country. Constantly, conflict is hinted at and rebounded through contrast, all culminating in the performance of the brass musicians and the thunderous finale of the cannon’s roar, which marked an end to this Victorian musical tour of antiquity. We left out the cannons from this album, that had already been done by 1812!

All compositions and arrangements by Charlie.

Ordinary Surface, by Japanese alt. folk singer, Mari Mochizuki, is a paean to the ordinary performed in an extra-ordinary way-a solo recording on piano, punctuated with simple and uplifting synths that lift her choir of soaring backing vocals to another plane, far from the surface. This is her first release on Trouble or Fortune Records, an album is planned in the year to come. Myself, Charlie O´Brien produced and mixed the song (and contributed synths), it was mastered by Dylan Ray of Gratitude Audio.

"Fáinne Geal an Lae" opens “Macalla Chill Áirne,” a short film I'll be releasing this summer. The song was first published in a book of Irish folk song by Edward Walsh in the 1830's. A previous song with the same name appears in the repertoire of the brothers Connellan in the 17th century.

Seamus Barra ó Súilleabháin sings "Fáinne Geal an Lae" in the first scene of "The Killarney Echo" (Macalla Chill Áirne). We recorded this studio version of the song a few months after filming on Lough Leane, Killarney. The film is a recreation of the Victorian era tour of Killarney's lakes and Séamus is the main actor there-in. The lyrics begin "Early one morning I went out by the banks of Lough Leane."

'Hy Brasil, Songs of the Irish in Latin America'

Hy Brasil, Songs of the Irish in Latin America

'A Captain Unafraid' on Amazon Prime! 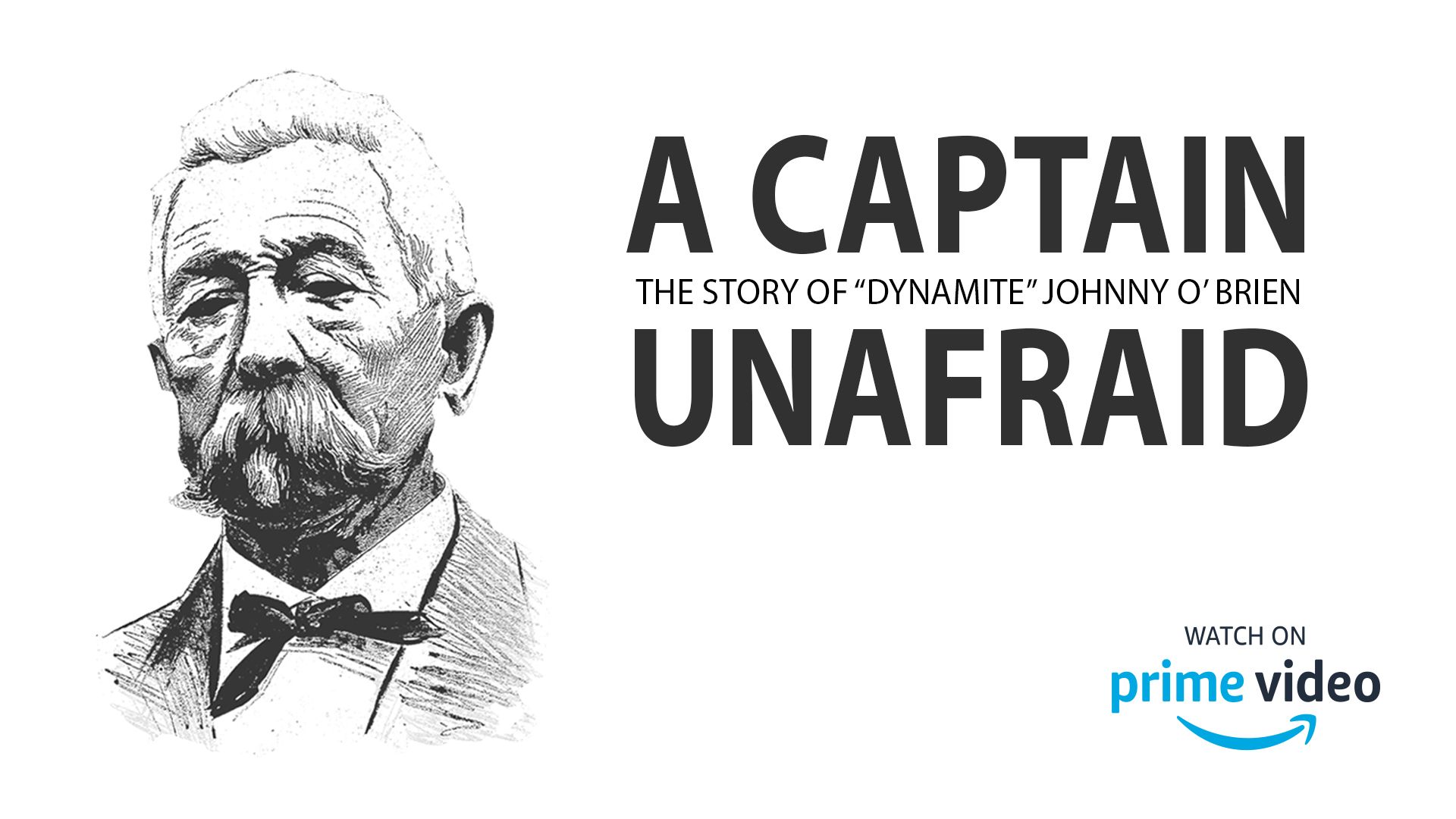 We signed a digital distribution deal for A Captain Unafraid with New York based "Janson Media" a couple of months ago. The film was just released on Amazon prime today.